This industrial waste contain organic dye was dropped without previous treatment which result a serious environmental pollution. Among many
organic dye, Methylene Blue (MB) dye is an aromatic heterocyclic chemical
compound and is harmful if swallowed or inhaled and also causes skin and
eye irritation on contact. This study aims the degradation of this harmful
dye by unique PANI-MWCNT/CeO2 nanocomposite. The PANI decorated
binary nanocomposite was synthesized by polymerization of aniline on the
surface of MWCNT/CeO2. The optical, structures, surface morphology and
functional groups of the developed composites were studied using UV-V
is diffuse reflectance, powdered X-Ray Diffraction (XRD), SEM and FTIR
spectroscopic techniques respectively. The synthesized nanocomposite
shows effective degradation of MB. This is due to unique properties of PANI
which is the delocalized π-conjugated structures is beneficial to rapid charge
separation, thus the separation efficiency of photogenerated electron (e-)–hole (h+) pairs. The operational parameter is optimized, such as effects of
pH, initial dye concentration, effect of irradiation time, effect of light and
catalyst load were investigated using photocatalytic degradation of PANIMWCNT/
CeO2. The results obtained indicated the efficient degradation
at pH=8 which extends to 92.5%, at 10 ppm extent to 90.93%, at 35 min
interval extent to 95.01%, MB with PANI-MWCNT/CeO2 on light extent
to 89.52% and at 0.12 g/L extent to 97.48% respectively. Moreover, the
mechanism of scavenger reaction was performed and it confirm the most
important species in the degradation process would be (-*O2) and (*OH).
The recyclability of PANI-MWCNT/CeO2 for photocatalytic degradation
MB was also evaluated for three consecutive cycles at optimum condition (10
ppm MB, 0.12 g/L of catalyst, at pH=8) and the results shows only a 14%
decrement was observed after three cyclic run. The practical application was
evaluated on a real sewage sample solution collected from Kombolcha Textile
Industry, which shows a good performance about 71.74% degradation. 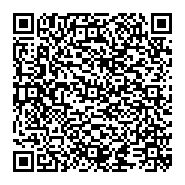